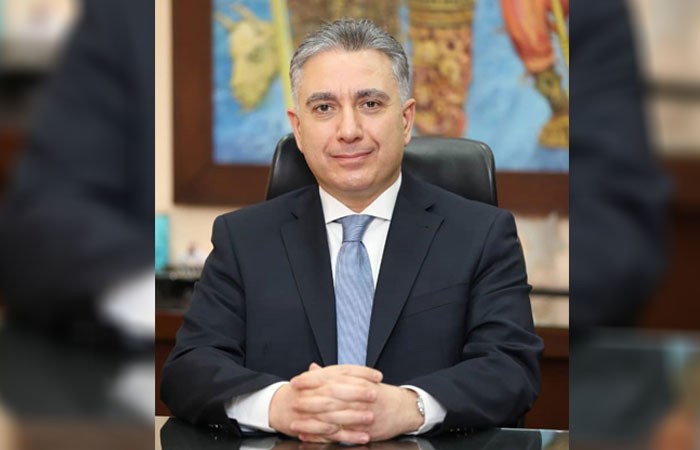 Our world is facing unprecedented challenges: wars, pandemics, inflation and increased interest rate. Of course, they are not novel, but we have seldom had to face them all at the same time. There detrimental impact on global trade and economic growth is unquestionable.

In this paper, I make six proposals to address those challenges and their consequences.

First, although they are essentially economic in their nature, those challenges require political solutions. Should inflation be tamed by curbing the monetary mass and raising the interest rate or by encouraging more production to create more job opportunities and increase demand? Is the decrease of a country’s currency price associated with its feeble economy or on its policy to encourage exports and minimize imports? An efficient answer can therefore but combine economic and policy factors.

Second, the pandemic fostered a tremendous technological development. We could do nearly all our jobs remotely.  Research has played a vital role in figuring out a useful vaccine against the virus. The scientific progress thus achieved will likely foster breakthroughs in dealing with other diseases. Human ingenuity permitted the delivery of goods through closed borders thanks to the supply chain logistics. All these advancements will remain after the pandemic is tamed, paving the way to a profound change in the traditional ways of managing projects. However, they may also result in a serious gap not only with less developed countries but also among the different categories of population within the same country, depending on to what extent they will adopt the new approach. It is important to take into account the potential risks that may emerge from this situation when setting more novel plans of investment and sponsoring new projects.

Third, what are the political blocs and geographical areas that will be positively influenced by the present fluctuated situations or at least will incur less losses than others? The EU has not been able to achieve genuine for want of federalism. Currently, this unity is unlikely to be achieved by the 27 member states. The United States has been mainly interested in focusing on its own interest rather than its allies’. This policy can result in a noticeable lack of mutual trust. South-East Asia seems to have the potential to emerge the least scathed from the current upheaval with its concentration of 50% of the world population and an expected average growth of 9%.

Fourth, the economic shock created by the Ukrainian war will make it less likely that other regional wars, such as in Taiwan, should happen soon, because all the parties have suffered from the tremendous financial, economic and social losses regardless of their position in the war. It is more likely that belligerents will understand the need to reach a mutual compromise and build bridges to avoid military confrontation. The wisdom of the founding fathers of the International Chamber of Commerce in 1919 shines brighter than ever: “Countries that trade together do not make war.”

Fifth, we have heard the doomsayers heralding the demise of globalization, especially when countries closed their borders throughout the pandemic and horded vaccines and food for their own people. This prediction is exaggerated. After all, trade is not a luxury or extravagance but an indispensable necessity because growth will not happen whatever the economic system of a particular country if it functions in autarchy. It is this axiom that kep commercial exchange between America and the Soviet Union at their highest of the cold war. It is also a case in point that all countries that stopped paying their sovereign debts have continued servicing their commercial debts. Therefore, global trade can be expected to continue stronger than ever with, however, two important changes: instead of having east-west exchanges continue to dominate, south-south exchanges are likely to increase significantly, with new regional multilateral organisations financially supporting a more fluid exchange between Asia, Africa and Latin America. The west may no longer remain the driving purchaser or seller behind global trade. In addition, I expect that the share of services in global trade will increase at the expense of industry and other commodities, taking into account the massive growth of artificial intelligence as well as the exciting prospects to which it gives rise in the near future.

Sixth, the most remarkable challenge we have been facing is how to protect the environment. After having less pollution during the lockdown period, humanity reverted to its old polluting methods as soon as the confinement was lifted. This should no longer be condoned. The decision to stop pollution is not only governmental; it is everyone’s responsibility. Banks should stop financing polluting projects. Central banks should no longer discount bank debts where the underlying receivable relates to polluting projects. Insurance companies should stop covering the risks associated with such projects. As result, projects that do not comply with environmental protection standards will likely dwindle and become extinct in the coming five years.

Undoubtedly, these six suggestions require courageous, strategic decisions that may possibly result in immediate losses or at least less profitability. Nonetheless, they constitute the actual foundation of any sound administrative decision to protect our innovative projects, our society and above all our families.