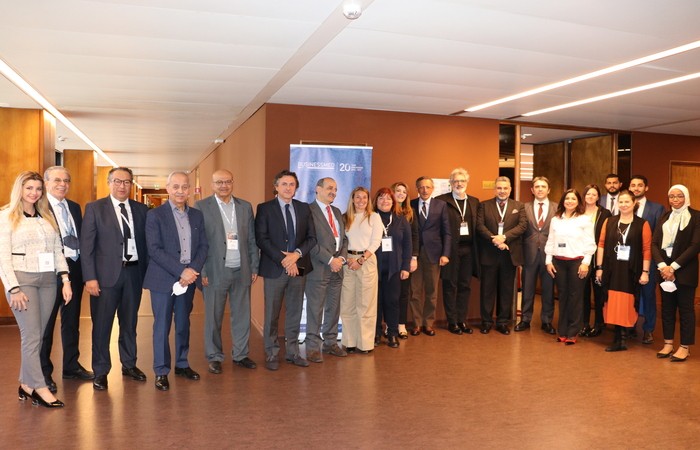 Mr. Naji Chaoui, President of International Chamber of Commerce Syria and Ms. Mouna Kiwan, have participated in the General Assembly of the Union of Mediterranean Confederations of Enterprises (BUSINESSMED), which was held in Rome on the 10th of March 2022.

BUSINESSMED annual report of 2021 was presented and the strategy of the Organization was defined in order to face the current challenges.

BUSINESSMED President Beltrame highlighted the efforts undertaken by the Organization to respond to them and thus promote the action and improve services, positioning us as a key player in the regional sphere and in the definition of the African-Euro-Mediterranean Agenda.