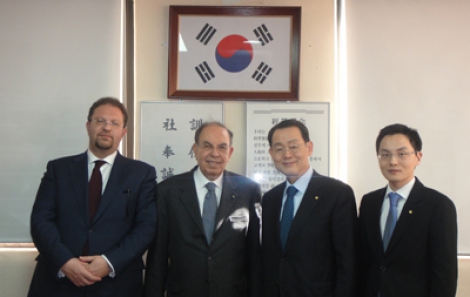 During his visit to Seoul on 23 March, Dr. Attar the President of ICC Syria met with the President of ICC-Korea and discussed increasing the volume of trade between Syria and Korea and the prospects of cooperation in various fields such as banking, arbitration, technology transfer and other.