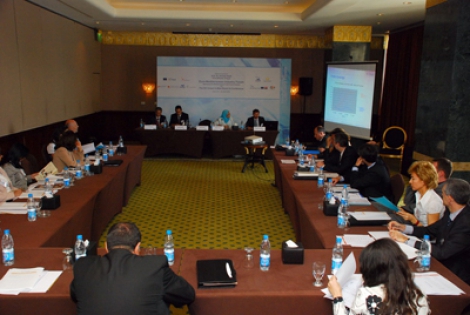 The General Assembly for the Alliance of Business Associations Business Med-Mediterranean held a meeting in Cairo on April 22, 2010, where the annual report for 2009 was discussed. The meeting centered on the developments of the investment project in the Mediterranean, and the 2009 financial report, as ratified by the Board on the budget estimates for 2010.

The meeting also took into consideration assembly members note's on the report which contains the assembly's activities and results in fields. The Syrian participation was represented by the attendance of Dr. Abdul Rahman Attar, President of the International Chamber of Commerce - Syria (ICC-Syria).

The assembly discussed what of the 2010 Plan has been implemented, and reviewed the program for what remains for this year. Participants emphasized the need for all parties to the successfully complete these activities. The meeting also discussed a number of matters relating to the rules of procedure of the organization and membership.

The Union of Mediterranean Confederations of Enterprises (BUSINESSMED), is a regional professional organization that was created thanks to the will, determination, and tenacity of the federations' presidents and members. The union, whose main objective is economic integration with Europe and the World economy, aims to accelerate social and economic development in the region.