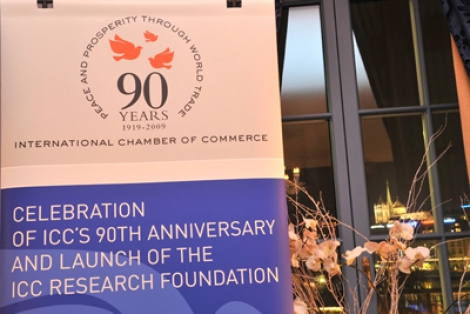 90th Anniversary of the ICC

ICC was founded in 1919 by pioneers and businessmen who believed that international trade is a power for peace and prosperity, calling themselves "merchants of peace".
The 90th anniversary celebrations will also include a series of events in Paris, Kuala Lumpur, New York, Boston and New Delhi, as well as other locations throughout the world.

A new research foundation was also launched during the celebration in Geneva, charged with the task of carrying out studies through research bodies, academic institutions and other experts to promote a deeper understanding among policymakers, the media and the public in general about the benefits of international trade and investment.