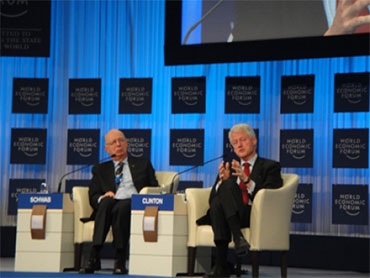 Under the slogan "Shared Norms for New Reality", the World Economic Forum was held in Davos, Switzerland during 26-30 January 2011.

President of ICC-Syria Dr. Attar took part in this Forum in which he underlined through the discussions that, the 21st century cannot be run by the same concepts of the 20th century and that the laws and rules which govern the world must be changed.

The Forum gave the opportunity to study the experiments of other countries in the field of economic reform, particularly after the global financial crisis, which swept the banks and financial markets in most parts of the world.