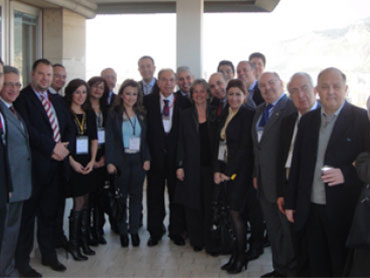 Syrian delegation visits the city of Palermo in Italy

A Syrian commercial delegation headed by Dr. Abul Rahman Attar visited the city of Palermo during 16-20/1/2011. The delegation comprised representatives of the Ministry of Culture, Damascus Governorate's Executive Office, Damascus Chamber of Commerce and a number of Syrian businessmen.

The delegation also visited the city of Trapani and held a series of bilateral meetings with the Italian side in which a number of issues in various fields such as tourism, energy, food industries, agriculture, furniture and medical equipments were discussed.