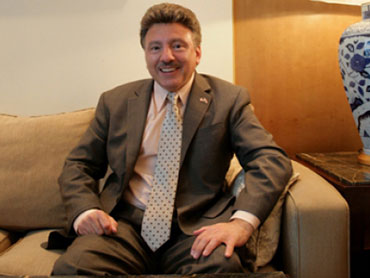 David Hamod, President and CEO of National U.S. - Arab Chamber of Commerce (NUSACC), visited Syria between July 22nd and 25th, where he met with Syrian officials and a number of economic and trade leaders.

Hamod stressed that this was his first visit to Syria as President and CEO of the NUSACC, adding that the objective of his visit was focused on identifying business opportunities in order to make American companies aware of the best sectors to invest in Syria. Hamod said he found Syria 'encouraging', describing the Syrian business community as 'dynamic.' "This might come as a surprise to most of the commercial leaders in the U.S.," he said, because "they do not fully understand the Syrian economy and the opportunities here."

During his visit, Hamod met with Dr. Abdul Rahman Attar, President of the ICC – Syria and Executive Board member of the NUSACC. The meeting revolved around a number of topics aimed at developing the economic relations between the two countries.