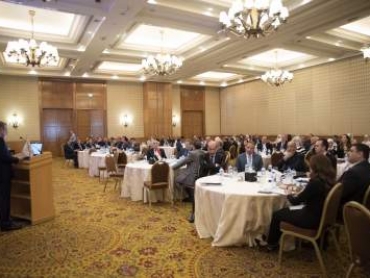 Under the patronage of Justice Minister, the conference included four topics prepared by a selection of distinguished legal experts including judges and lawyers. They were made to include 12 legal lectures on the latest updates of international arbitration in the world. Special attention was given to the rules of the International Court of Arbitration in Paris as well as the general law environment in Syria.

There was also a discussion on the latest developments in the establishment of the Syrian Arbitration Foundation which will have a significantly positive role in attracting foreign investments to the country.

The conference was attended by Justice Minister Mr. Hisham Al-Shaar, Minister of State for Investment, Mrs. Wafika Hosni, Chairman of ICC Syria Mr. Naji Chaoui, members of the Board of Directors and prominent judges and lawyers in the field of international arbitration with around 100 participant.